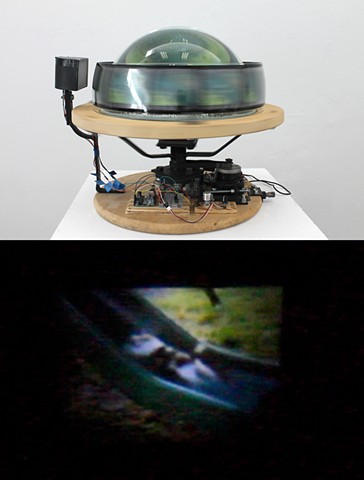 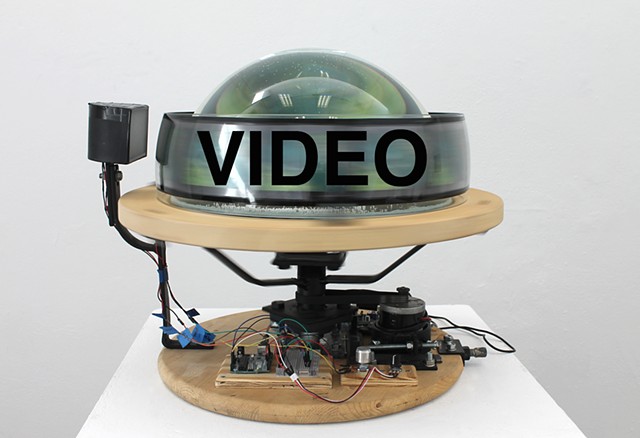 I became interested in developing my own animation device when I came across a GIF of a kitten running up a plastic slide only to slip back down, as if running on a treadmill. In this bit of Internet ephemera, I saw a direct reference to the animal locomotion photography of Eadweard Muybridge inspired by Éttienne-Jules Marey and to the Greek myth of Sisyphus.

It became my goal to develop a zoetrope, which could combine all of these references in one mechanism. After Muybridge’s contributions to the study of animal locomotion, he developed and demonstrated several versions of mechanical devices similar to the zoetrope. His work was ultimately considered an important precedent for the motion picture industry. By drawing a comparison between the short, cyclical, low-brow animations of the Victorian era zoetrope and the similarly frivolous nature of modern day Internet GIFs, I could address the time and space between the animation formats that bookend the 20th Century. Pointing subtly to the fact that newer technology does not translate into greater sophistication in terms of content. All of this I believe to be an appropriate analogy to Sisyphus’s tiresome task of endlessly pushing the same rock up a mountain only to watch it tumble back again.