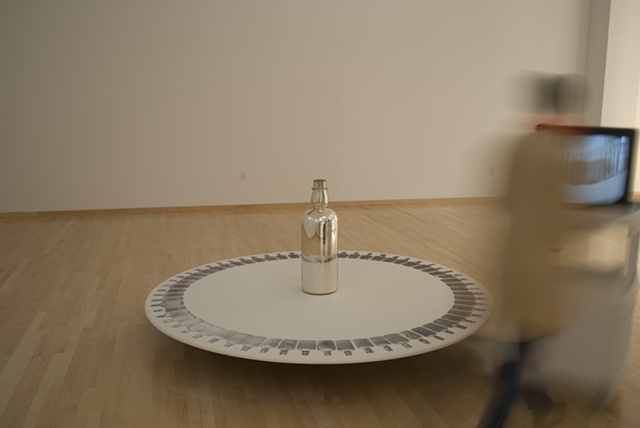 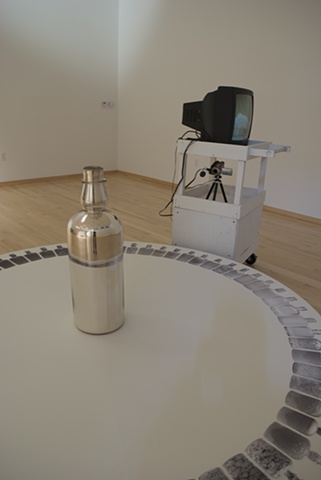 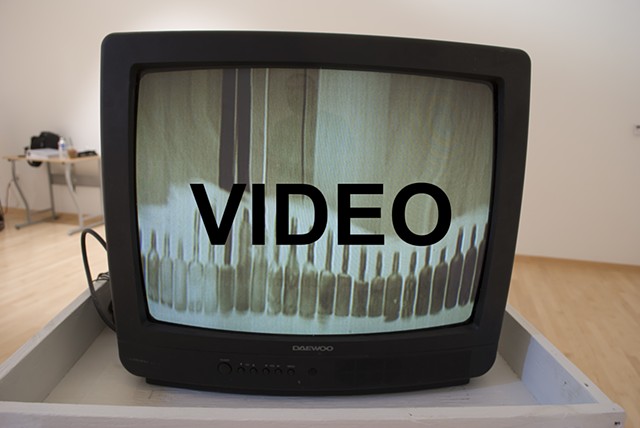 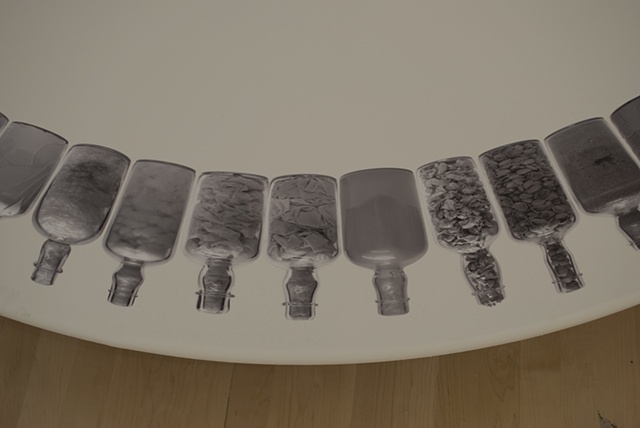 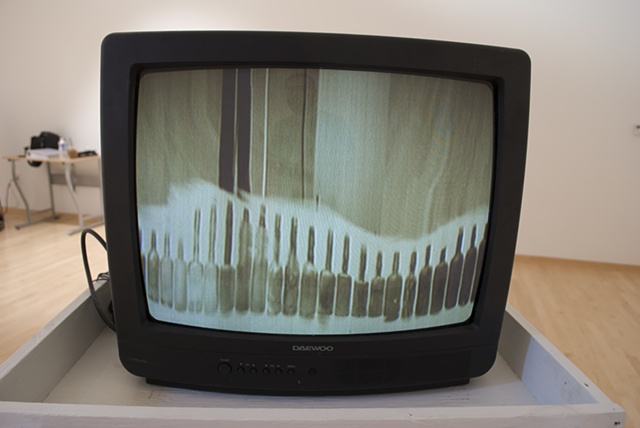 Untitled (Bottle Wheel) is a work inspired by a proto-cinematic device called a zoopraxiscope. This is a mechanism where by a series of sequential images are positioned around a disc and then spun very rapidly to approximate motion. In the case of this sculpture, I have made the images photographs of bottles filled with trash in a tonal spectrum. The free blown bottles reference, through their form, a typical machine produced bottle. Their representation as photographs is intended to draw connections between the history of automated glass bottle production and the history of photography, two innovations that coincide during the Industrial Revolution. My aim is to examine the separation and subsequent alienation of most people from raw materials and hand processes.

Instead of spinning the disc, as would be the case with a traditional zoopraxiscope, I tethered a mobile cart with a close circuit video camera and television aimed at a central mirrored bottle, which fed the captured images of the reflected photos to a monitor on the cart. The viewer is thus implicated by their own participation in activating the absurd layers of separation between source material and visual information of that material. This project belabors the metaphor of experiencing the world through the mediation of technology.